An Historical Look at Cell Phones

An Historical Look at Cell Phones

In the beginning, there was the “car phone”. This was because the unit was so big it needed to be installed in space inside your vehicle. There was no way to put it in your pocket in those days because technology had still not advanced to that level yet.

Then, in 1983, the Motorola Company introduced its “DynaTAC 8000x” model into the marketplace. It was still not very small, but at least it could be carried around independent of an automobile. This early model was very expensive and outside of the reach of most people’s pocketbooks. It became somewhat of a status symbol just to own one. It would take some more time for the cell phone to spread to the general public. 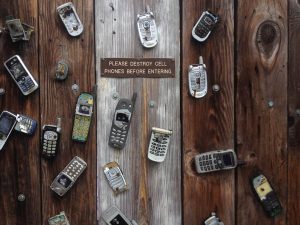 Cell phones were initially used mostly for business purposes due to the expense. The early models were bulky and with many of them you had to have a separate battery pack. Technology advanced over time, however, and all the hardware was eventually to be packaged in the smaller units we have now.

The first cell phones were initially made just for talking. Eventually, manufacturers added features like voicemail, email, and other options. The cell phone was getting more and more powerful each day in its evolution. Better screen resolution, expanding software applications, and an ever-improving interface spurred further growth in the industry.

Before long, cell phones were beginning to replace cameras and video recording units. The images were lower quality, but the convenience began to overshadow this. Over time, the picture quality got better and better and less people were carrying separate cameras. 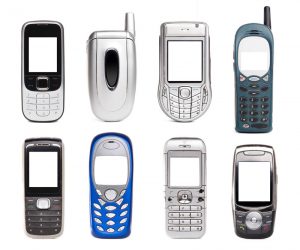 Before long, cell phones were getting so small they were almost too small. The fad of having your phone fit in your breast pocket came and went as technology moved more in the direction of the smartphone. Customer research began to show that although the phones worked perfectly fine, the user interface was not acceptable.

Then a new wave began. The cell phone became not just a keypad anymore, but an interactive touch screen taking shape in the industry. This is because cell phones were taking on the technology of personal computers more and more. In fact, most cell phones have an operating system very similar to that of a regular computer. It is just packed into a much smaller space now.

So now, instead of phones getting smaller and smaller, they started growing in size. The cell phone had essentially become a “mobile media” device. An all-in-one solution to life on the go computing and calling. The keypad was ultimately fully taken away and replaced with the touch screen. This came about with the introduction of the iPhone and subsequently the Android.

Cell phones are continually evolving every day. The past decade has shown so much change that the possibilities seem limitless. Now, we are looking at more and more options such as the wearable smartwatch and other versions. And, as technology continues to advance, we will most likely see more features that make smartphones more in tune with our biological reflexes. They will also appeal more to our emotional senses. However, there really is no sure way to tell what the future holds.