The Amazing Power of Search Engines

The Amazing Power of Search Engines

Years ago, we used to write on paper in order to read something. Well, times have drastically changed just about everything related to information and technology. We used to grab a dictionary in order to look up a word – now we “Google” it.

The speed of the processors at Google are absolutely astounding, so we choose to look up the word the easy way. Google, the king of the hill of search engines, formed September 4th, 1998. While MSN was first on the block in 1995, they disappeared and later became Bing in 2009. Yahoo was also founded before Google, but they made the same mistake MSN did. They tried to monetize the site too early and too much.

Google – The Power of White Space

It is now a well-known marketing fact that when a person looks at their screen, they prefer a simple white page. They do not generally like to look at a bunch of ads and banners. Google uses pay-per-click advertising as a main source of its revenue, not ads on their home page. In the U.S., Google has over 63% of the market share.

A good example of proper monetization is Facebook. The main argument was between the two people who basically started it. Well, you know the rest of the story. Mark Zuckerberg bought out the gentleman who was just too impatient. 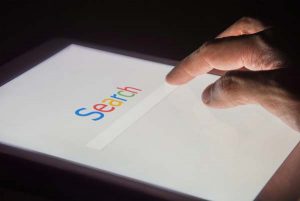 Yahoo was sold to Verizon for $4.8 billion and is now part of a new company, Altaba. The new name planned for the company was labeled one of the worst re-brandings ever – OATH. Yahoo had simply become outdone. Their U.S. market share is at about 11% in 2018.

You can see the power of some of these search engines though. There are some very large sums of money changing hands.

Bing – A Remake of MSN

As we mentioned earlier, Microsoft started their network first. But, even with all that capital, the marketing strategy failed initially. They did a much better job of re-branding than Yahoo though. In 2018, Microsoft sites garnered 24.3% of the U.S. Search market.

Bing does a good job in handling queries and the home page has many less ads than before. They made some adjustments that are very similar to Google.

Even though DuckDuckGo only has a 1% market share in the U.S., it has been growing steadily since its launch date in 2008. The great thing about this search engine is that it does not track or store any of your personal information.

So, if you want a safe alternative for browsing the web, DuckDuckGo is the best one out there. It gives very good results and is quite fast. It also has a very simple page design. They also have a nice app for your phone. It is easy to install and when you go to a website, a safety grade appears so you can better judge the how safe the site is that you are visiting.