What to Know About 5G Networks

What to Know About 5G Networks

The latest in internet connectivity shows that 5G Networks are continuing to grow. The system improves the speed and reliability of connections for smartphones and other devices. The latest in research shows that 5Gcould offer download speeds in excess of 1 Gigabyte per second. This is many times the current capabilities that most of us use.

The expected launch of the 5G Networks is in 2020. There has been a huge amount of work put into the infrastructure of the project already. With all the greater capabilities there should be an influx of new users into the plan. The system will run alongside existing 3G and 4G Networks, so the overall reliability for cell phones will only get better. 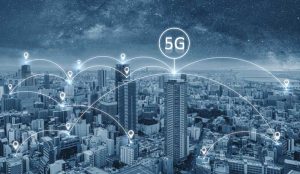 What 5G Will Mean

Some of the benefits of the new 5G Network will be smoother streaming of online content, faster upload and download speeds, better audio quality, and more reliable connections. There will also be an expansion of existing technologies including smart cities and self-driving cars.

This means that huge amounts of data can be transferred very quickly. With the 5G Network, for example, a full-length HD movie could be downloaded in just a few seconds. Updating and installing apps and programs for smartphone will also be accomplished in a fraction of the time.

Existing smartphones which were purchased when 4G was the standard may not function with the 5G Network. It may be possible to connect for an added fee, however, depending on the model and manufacturer.

Don’t worry about being left behind, either. The current 3G and 4G technologies and networks will stay in place indefinitely. We will see 5G Network as a default on new models made after the initial launch of the 5G Network. But that doesn’t mean that you need to switch to a new model in a hurry since existing networks remain in place. The 5G should link right in with the existing networks to ensure maximum connectivity.

Since a lot of existing infrastructure will need to be upgraded, the process of switching over to 5G may take a while. Like the rollout of the 4G Network, the new and improved version will be a process. New services may be required for certain users as well in order to access the network.

So, like previous improvements in network speeds, the 5G Network will come with added costs for some. But like anything else, technology gets outdated and eventually everyone is on board.